Rain showers could not dampen the spirits of golfers at the sold-out National Bank Cardiac Classic held Monday, August 9, at Niakwa Country Club. 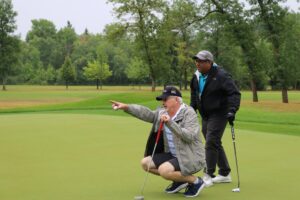 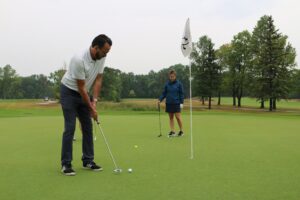 In July, National Bank assumed title sponsorship of the Cardiac Classic golf tournament for the next five years, as part of a generous $150,000 investment in cardiac care and research at the Hospital. Including this latest gift, National Bank has donated more than $430,000 in support of St. Boniface initiatives.

Annually more than 60,000 patients receive care through the Cardiac Sciences Manitoba program at the Hospital. This includes over 1,100 cardiac surgeries in a typical year. The Hospital’s program ranked high in the Canadian Institute for Health Information’s Cardiac Care Quality Indicators Report (2017) with some of the best scores among hospitals in nine provinces, including the top bypass and valve replacement survival rates in the country, and the second-lowest readmission rate after open-heart surgeries in Canada.